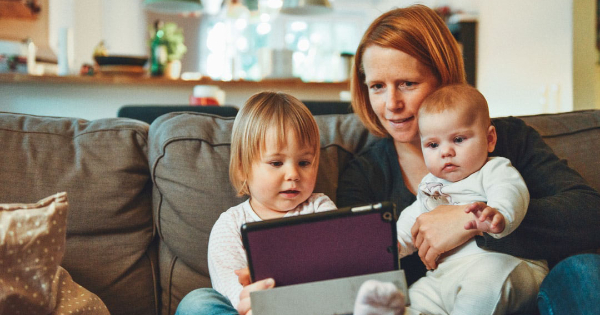 As a parent, you tend to always have about a million things to do and not nearly enough hands to do them. While families in the past had to manage a careful balancing act, modern families have smart home technology at their disposal. From voice assistants like Alexa on an Amazon Echo to security systems you can connect to your smartphone, there is a piece of technology for everything.

This technology can be extremely helpful for families with kids. While you may be wary of having so much tech around your little ones, there are plenty of ways you can ensure your smart home set-up is family-friendly. Let’s take a look at a few of the most useful tips for families who want to utilize smart home technology.

Voice assistants are great homework helpers. You can use them to set a timer for structured study times or have them play motivating music for your young academics. If you’re checking your child’s work on a vocabulary exercise or math worksheet, you can ask your voice assistant how to spell words or the answers to equations if you’re unsure. This feature can also help your child check their own work once they’ve completed it.

If you’ve connected your entire house to your smartphones and voice assistants, you can use them to control elements like lighting and sound. When it’s time to wake up your family, you can program your voice assistant to respond to a command that starts to turn on the lights, plays your preferred morning music, and reminds each person of the tasks they need to do that day. You can program similar routines for bedtime and even have voice assistants walk younger children through things like brushing their teeth or making their beds.

Protect Your Home and Family

Many families rely on smart home technology the most in their security systems. Home security automation can allow you to keep track of who enters and leaves your home. Many systems also offer live streams of your home that you can view on your smartphone, allowing you to easily see what your kids are up to when you’re not home. Smart lock technology can allow you to lock your home remotely. This is a great tool to prevent home burglaries, which occur every 13 seconds in the United States. With the doors securely locked, your child can use the stream from video doorbells to see who is at the door before they open it. You can also view this stream on your smartphone and then tell your child how to respond to whoever is at the door.

This is only a short list of the ways you can use smart technology to enrich your family’s life. Smart tech can also monitor the health of your child with wearable gadgets, connect to smart refrigerators that can order groceries and stream music, limit your kids’ screen time, and so much more. Use these tips to start incorporating smart technology into your life and you’ll see a world of possibilities open up.

The new year is going to be here before we even know it. This year has flown by too fast! We are just days away from entering 2020! For some that means change and making new years resolutions. Some like to buy new things to start of the new year too! If you are in the market for a new cell phone for the new year, I am going to share why you will want to add the Sony Xperia 1 cell phone at  to your shopping list. 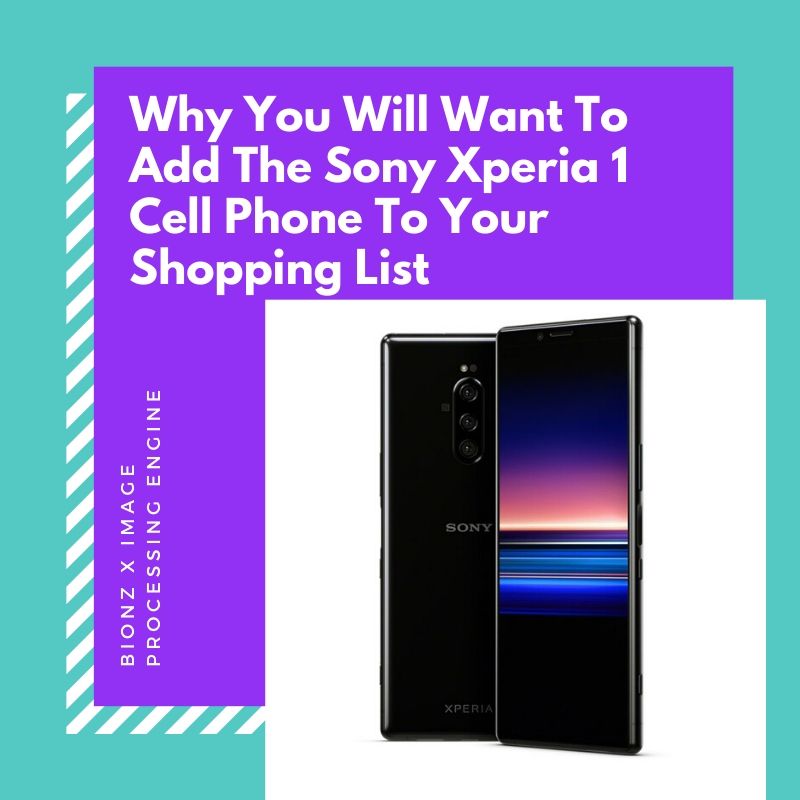 The first thing that makes this a great phone is the processor! The Sony Xperia 1 has the Qualcomm Snapdragon 855 octa-core processor with 6GB of RAM that delivers outstanding overall performance for opening and running applications, flipping through menus on the phone and more! It also has the Android 9.0 PIE OS which adapts to you and the way that you use your phone. It will learn your preferences as you go, making the experience get better over time.

Here are the other Sony Xperia 1 features:

Interested in this phone? It is compatible with GSM carriers, including AT&T, T-Mobile, and Verizon – It also works with GSM SIM kits, including Cricket Wireless, Tracfone, Net10, H2O, AT&T Prepaid, and Simple Mobile.*

A dream kitchen starts with having a nice fridge to keep all your foods fresh, cold and even frozen! Refrigerators might serve as an appliance to keep your food cold but they are not all made the same.  Some are fancy and features that you will definitely want when you purchase your next refrigerator. 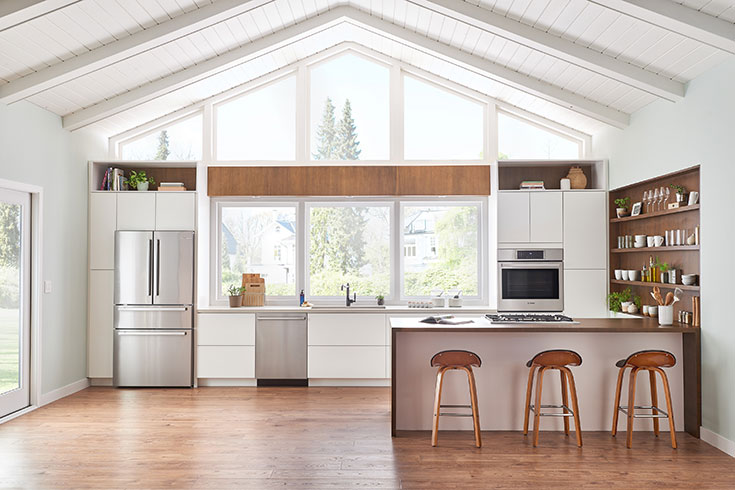 The revolutionary FarmFresh System™ combines four innovative technologies to keep your food fresh up to 3x longer, for less food wasted.* (as compared to a Bosch refrigerator without FarmFresh System. Results may vary among different foods)….

END_OF_DOCUMENT_TOKEN_TO_BE_REPLACED 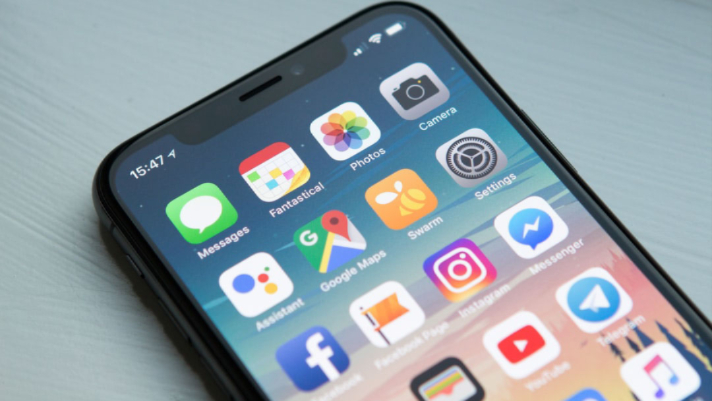 Many of us rely on phone apps to remind us of vital details. We use the built-in calendar to remember our best friend’s birthday or we might set an alarm to remind us when a bill is paid, for example. And for countless women, period-tracking apps allow them to gain valuable insight into the regularity (or lack thereof) of their menstrual cycles. Many users share intimate details with these applications, like the symptoms they experience during PMS — which is a condition that affects millions of women — or the date of their last sexual encounter. Others might track their cycles to increase their chances of conception, as one in every six couples of childbearing age struggles with infertility. Ultimately, the ability to gain greater insight into the inner-workings of one’s own body makes these apps indispensable to many.

But while users might blindly trust that this information will be kept private, there’s ample evidence to suggest that it likely won’t be. In fact, one UK-based advocacy group discovered that several of the most popular tracking apps of this nature were actually leaking sensitive user data to Facebook.

According to a 2018 study, nearly 50% of U.S. internet users refrained from certain online activities due to privacy and security concerns. But since apps, which are contained on a personal device, at least seem to be more closely guarded than a random website, it’s likely that the average person might not have a problem sharing their information within the confines of the app. After all, we enter payment information into PayPal and into ride sharing apps. Why should be have any reason to believe that a period-tracking app would be less secure?

Unfortunately, a healthy dose of skepticism — and perhaps a preference for more traditional period-tracking methods — might have been warranted in this case. Research conducted by Privacy International (which was shared exclusively with Buzzfeed News) found that at least two period-tracking apps, Maya and MIA Fem, had shared users’ private information with the popular social networking site. Among the data shared were logged uses of contraception, timing of monthly periods, and PMS- and period-related symptoms. From there, the data could then be shared with third parties who would use this information to market to women whose shopping habits might be influenced by their symptoms or by their interests in childbearing. Interestingly, Maya — which has more than 5 million downloads worldwide — actually shared information with Facebook from the moment it was opened and well before the user is even able to agree to the app’s privacy policy.

MIA Fem reacted to Privacy International’s findings and Buzzfeed’s reporting by threatening legal action, while Maya’s parent company denied that it shares personally identifiable or medical information with Facebook. Further statements from the company essentially suggest that this information allows them to display ads within the app, which can be removed if a user buyers a premium subscription; they also tried to explain away the need for data such as location accuracy. Research also discovered that apps like My Period Tracker, Ovulation Calendar, and Mi Calendario notified Facebook when users opened these apps. Fortunately, other apps like Period Tracker, Period Tracker Flo, Clue Period Tracker, and others were found to not share any data with Facebook.

Ultimately, that means that women do have several options that won’t leak their private information to everyone’s favorite social networking site. But is any app ever really safe? For all our dependency on tech, maybe it might be better to just buy a wall calendar and circle the date like other women did before us.

Music makes me happy. 🙂  It is a mood changer! Music is something I love and can’t live without and there are many days when I wish I could sing just as good as the person I am listening to.  I listen to music in my car, when I am at my desk working, when I am exercising and there always seems to be music playing on my TV at home since I am a fan of MTV!  For those of you that are fans of listening to some tunes like I am, the NEW Momentum Wireless Headphones from Sennheiser might be something you want to put on your wish list this year. Keep on reading to find out why…

The new MOMENTUM Wireless headphones make listening to superior sound even more seamless than ever. It may even take listening to music with headphones to a whole new level. When you are wearing these headphones and listening to your music, they will adapt to your environment to allow you to experience your audio world on your own terms. These headphones have advanced Active Noise Cancellation that offers three modes that are tailored to different environments. They also have Transparent Hearing feature where you can enjoy music while still being aware of your surroundings. 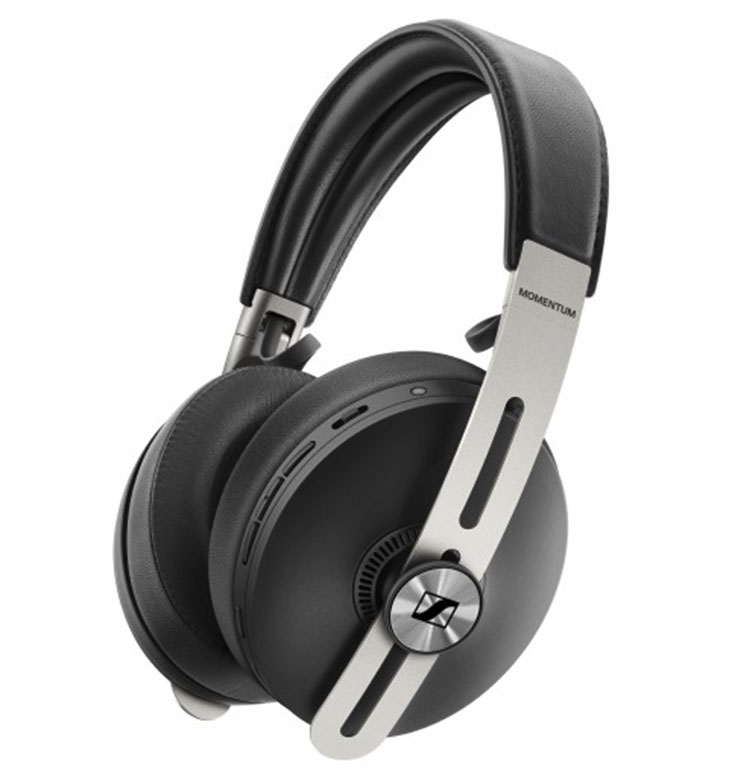 Have you ever taken off your headphones and wished your music would automatically stop? With these headphones that can happen! Never miss a beat with the seamless On/Off and Smart Pause functionality.  Simply fold the earcups, open or close to turn your music on or off.  Remove your headphones to bring your music to a pause, and then slip them back on to get back into the groove. Pretty cool huh?

Here are some other features that makes these headphones awesome:

These new headphones are available at Best Buy in both black and white! This might be something you want to add to your wish list or just might make the perfect gift for that special someone that loves music too!