One of my FAVORITE things to do when I am stuck at home is watch movies! Luckily I have Netflix, Hulu and also Xfinity cable to keep me busy. I also LOVE watching Disney & Pixar movies with the family! Those are always the PERFECT movies when dad yells Family Movie Night!  For those that didn’t get the chance to watch Pixar’s new film ONWARD, you now have the ability to buy it digitally and on Movies Anywhere for only $19.99. It will also be available on Disney+ on April 3rd in the US.

In ONWARD, teenage elf brothers Ian and Barley Lightfoot (voices of Tom Holland and Chris Pratt) get an unexpected opportunity to spend one more day with their late dad, embarking on an extraordinary quest aboard Barley’s epic van Guinevere. Like any good quest, their journey is filled with magic spells, cryptic maps, impossible obstacles and unimaginable discoveries. But when the boys’ fearless mom Laurel (voice of Julia Louis-Dreyfus) realizes her sons are missing, she teams up with a part-lion, part-bat, part-scorpion, former warrior – aka The Manticore (voice of Octavia Spencer) – and heads off to find them. Perilous curses aside, this one magical day could mean more than any of them ever dreamed.

Take a peek at the trailer here:

END_OF_DOCUMENT_TOKEN_TO_BE_REPLACED

If you are a Disney fan like I am and are in the Sacramento area, this weekend you will want to go see Disney On Ice at the Golden One Center if you haven’t already!

This brand-new immersive ice skating experience brings the magic closer to fans than ever before through engaging elements that take place on the ice, in the air and in the seats.  An exciting participatory adventure delivering compelling storytelling through multi-leveled production numbers that immerse fans into the fantastic worlds of Disney-Pixar’s Coco, Frozen, Moana, Beauty and the Beast, Aladdin, Toy Story and The Little Mermaid, 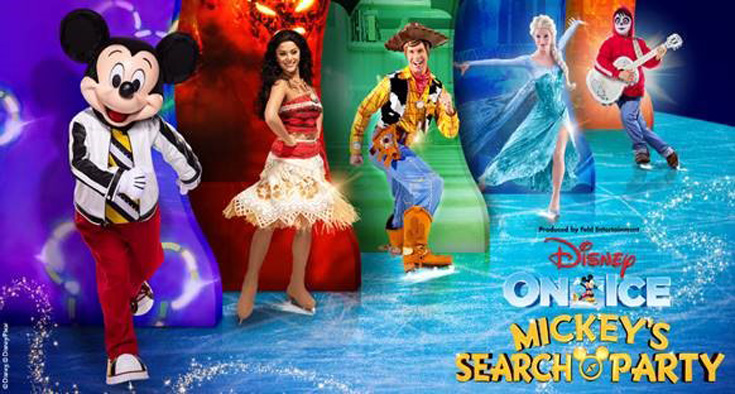 On Thursday I was invited to a pre-party with my kids at the arena where we got to do some fun Coco inspired crafts, eat some snacks and do a meet and greet with Minnie Mouse! After the party was the first night on Disney On Ice that I was excited for. It has been a few years since I went to one of these shows and since I am a big Moana and Coco fan, I couldn’t wait to see them on the ice in Sacramento! …

END_OF_DOCUMENT_TOKEN_TO_BE_REPLACED

When Aladdin came out in the theaters my family had to make a trip to the drive-end to watch it on the big screen! I remember being a fan of Aladdin back in the 90’s and was excited to watch one of my favorite Disney stories be brought on the big screen as a live action movie! If you are an Aladdin fan you can NOW own your own copy of both the live action and the Signature Collection on Blu-ray, DVD and more. 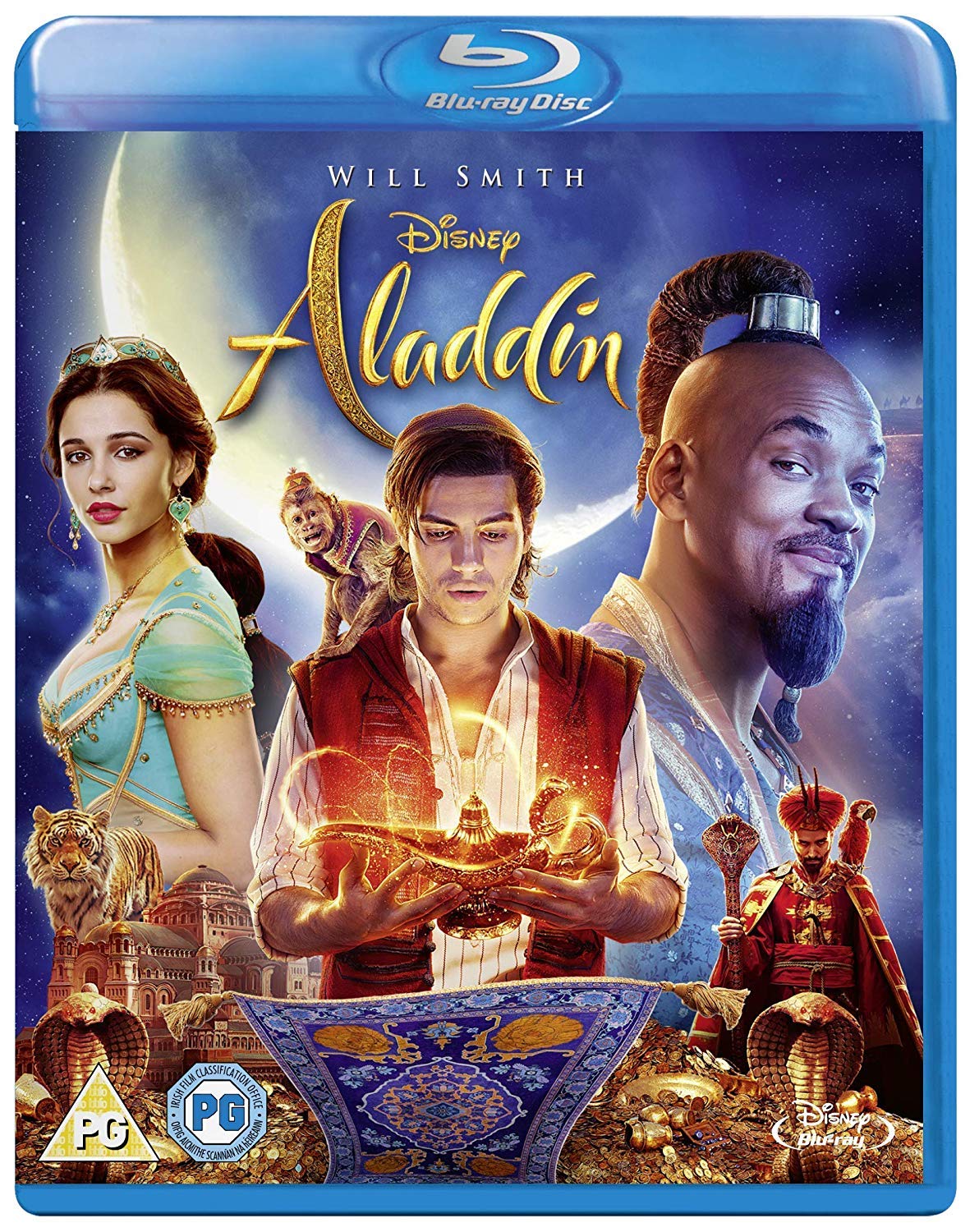 A thrilling and vibrant live-action adaptation of Disney’s animated classic, “Aladdin” is the exciting tale of the charming street rat Aladdin, the courageous and self-determined Princess Jasmine and the Genie who may be the key to their future. Directed by Guy Ritchie, who brings his singular flair for fast-paced, visceral action to the fictitious port city of Agrabah, “Aladdin” is written by John August and Ritchie based on Disney’s “Aladdin.” The film stars Will Smith as the Genie; Mena Massoud as Aladdin; Naomi Scott as Jasmine; Marwan Kenzari as Jafar; Navid Negahban as the Sultan; Nasim Pedrad as Dalia and Billy Magnussen as Prince Anders.

The live-action adaptation of Disney’s animated classic Aladdin is available on Digital and Movies Anywhere, 4K Ultra HD, Blu-ray and DVD.  This new release includes all new bonus features, such as deleted scenes, a blooper reel and more!

*Bonus features may vary by retailer

The release of the live-action adventure coincides with the addition of the original animated classic to the highly celebrated Walt Disney Signature Collection, granting Aladdin fans everywhere the opportunity to own both magical movies. In 4K for the first time, the new release features all new bonus content, including alternate endings! 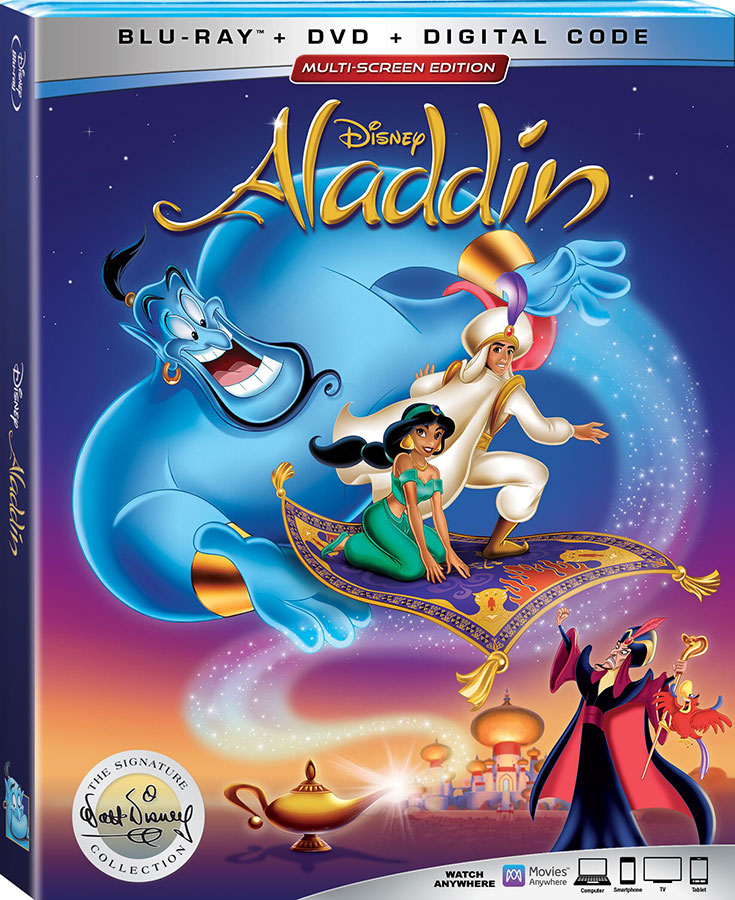 If  you missed watching Aladdin in the theaters, now it is time to own your own copy that you can watch anytime at home or even on the go.  Take a peek a the trailer below:

Learn more about this film by visiting: https://movies.disney.com/aladdin-2019

Since I collect Disney movies I was excited to finally get my hand’s on my very own copy of DUMBO!  The grand live-action adventure from Disney and visionary director Tim Burton, which expanded on the beloved animated classic and sent spirits soaring is now available on Digital, Blu-ray, 4K and Movies Anywhere. You now have access to never-before-seen bonus features, deleted scenes, bloopers and more! 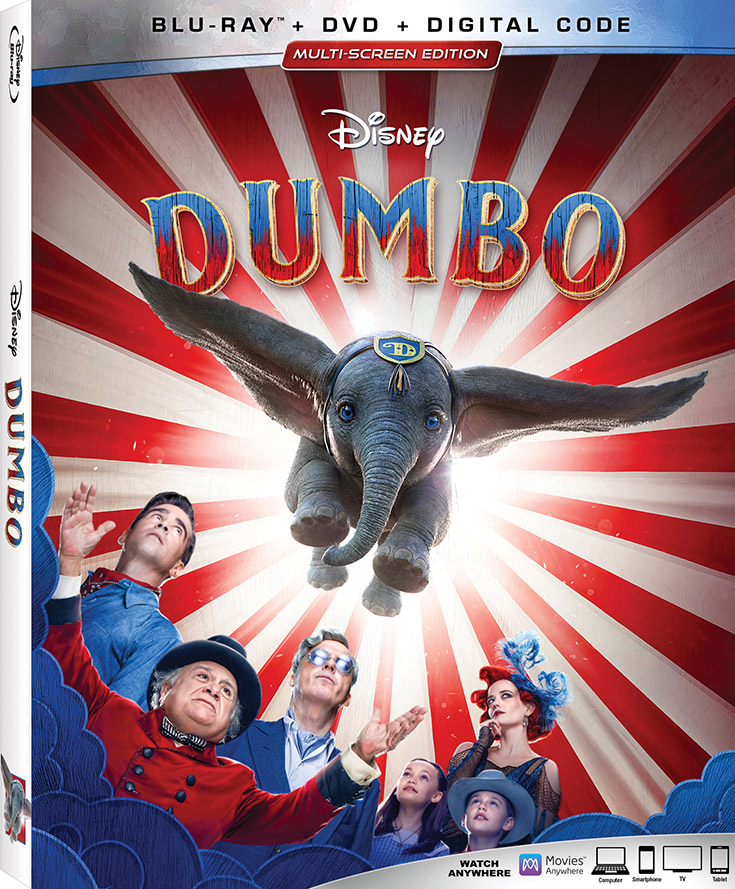 In “DUMBO,” struggling circus owner Max Medici enlists former star Holt Farrier and his children to care for a newborn elephant whose oversized ears make him a laughingstock. But when they discover that Dumbo can fly, the circus makes an incredible comeback, attracting persuasive but sinister entrepreneur V.A. Vandevere, who recruits the peculiar pachyderm for his newest, spectacular, larger-than-life entertainment venture, Dreamland.
Watch the DUMBO trailer below:

What is always fun about watching it at home is the bonus features that are usually available. Here is the extras you will find on the DUMBO Blu-ray:

Want to make a snack perfect to eat while watching the movie? Geeks Who Eat has created a Sprinkled Animal Crackers recipe inspired by the circus that is easy to make 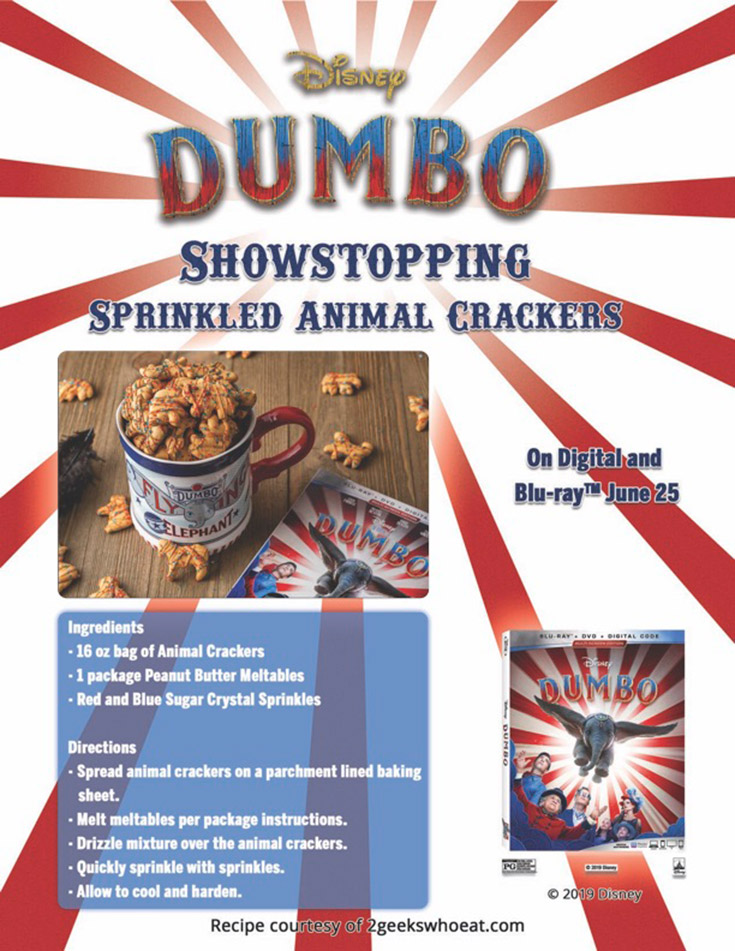 Summer is here which means having fun in the WATER! If your family is a fan of Disney’s Toy Story and like playing with water you are going to love the Slinky Dog Blaster from Swimways. I think this may be one of my favorite water guns yet! 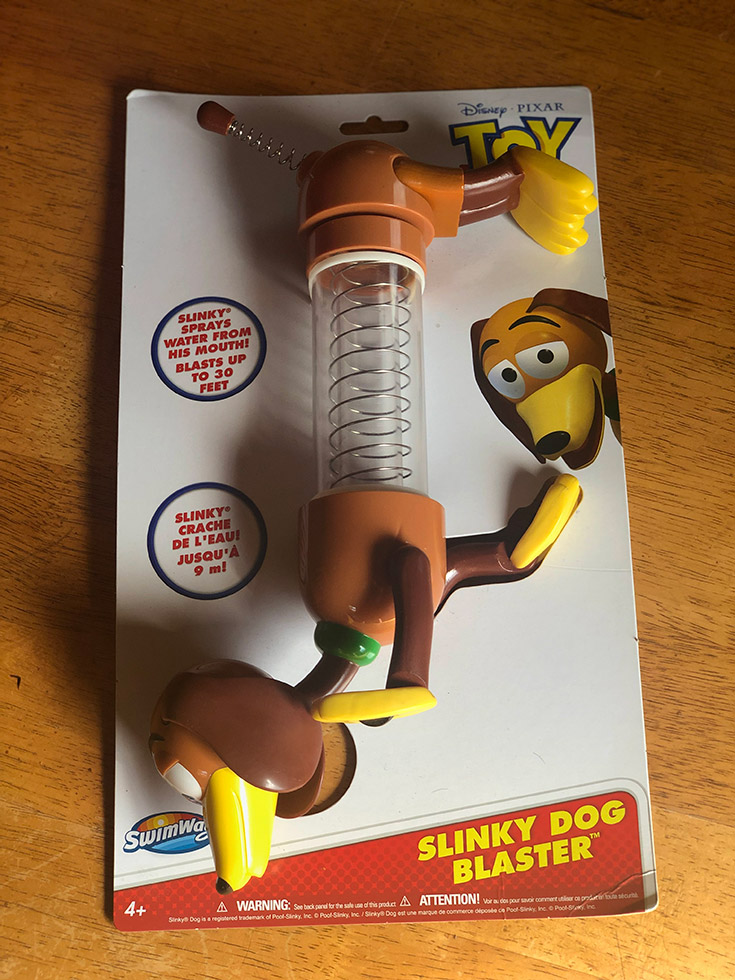 The Toy Story Slinky Dog Water Blaster is easy to fill-up and it shoots water out of its mouth. You can choose to submerge it’s mouth into a bucket of water, in the pool or even a bowl of water will work. Watch as the clear tube fills up! When you’re ready, push his legs back inward to release the water and soak your friends!

My son is going to LOVE playing with this Skinky Dog Blaster from @Swimways! Perfect pool and water toy for the #ToyStory fans! #SlinkyDog #watergunfight #ad

Disney’s Toy Story Slinky Dog comes to life with the Toy Story Slinky Dog Water Blaster by SwimWays! Combine your kid’s love of this classic Disney movie with some outdoor fun! Soak your friends silly at your next pool party or backyard water battle with this water blaster from up to 30 feet away- they’ll never see it coming! 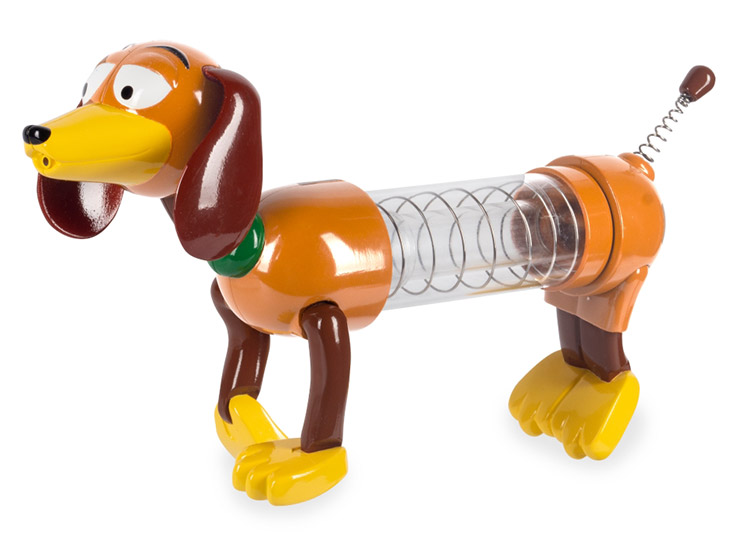 To learn about SwimWays and all their fun products for the whole family visit: https://www.swimways.com