One of my favorite Disney stories growing up was Lady And The Tramp. When I think about the first Disney stories that I remember as a child, I think of my Lady And The Tramp (a Little Golden Book) along with a few others like Cinderella, Bambi and the 101 Dalmations. Those were the gems before the VHS, DVD and Blu-ray movies took over the movie world. I now love adding each of these stories that I enjoyed as a child to my Disney movie collection that I consider one of my prized possessions! 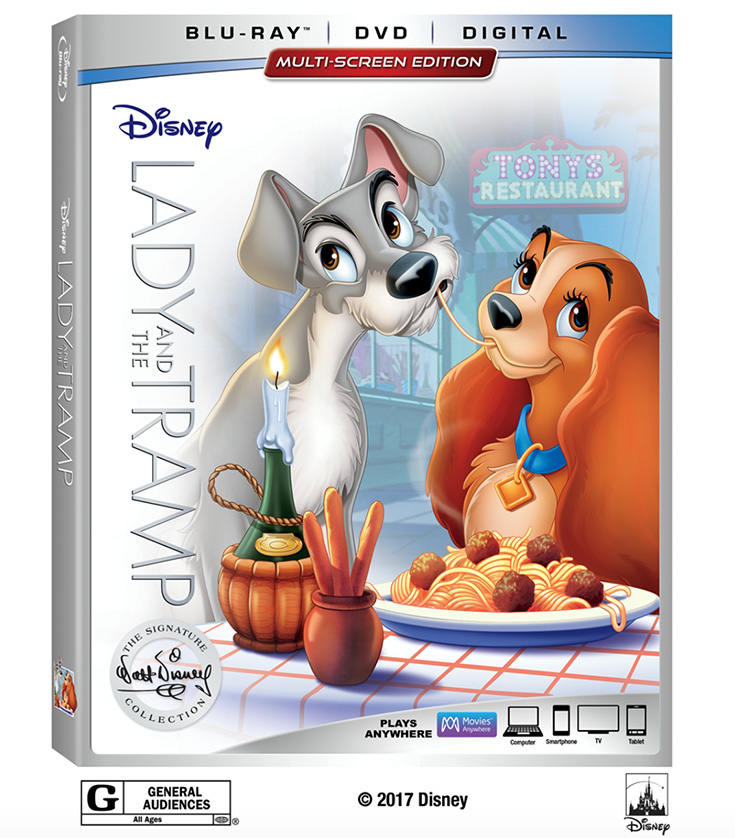 In January during my time in Los Angeles for the #BlackPantherEvent I attended a special Lady And The Tramp Blogger Dinner at Maggiano’s Little Italy where we enjoyed an Italian three course meal to celebrate the moving joining the Walt Disney Signature Collection with a new Blu-ray release. For those of you Lady And The Tramp fans, you can NOW watch this new release on Blu-ray, DVD, Digital and Movies Anywhere. 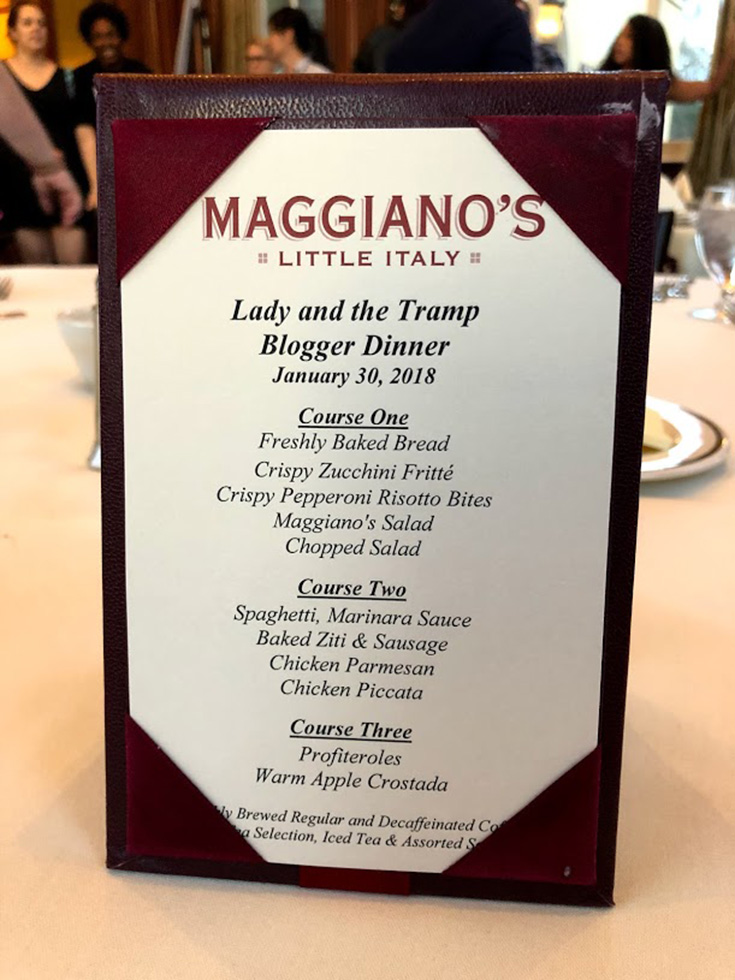 After dinner we headed over to Paint & Sip Studio LA for another fun event for the event to celebrate Lady And The Tramp’s new Blu-ray release! I have never been to one of these types of painting events so I was excited because this was something I have been wanting to do. Not only was I going to get to paint for the first time,  it was Disney themed with some of my favorite fellow Disney bloggers! 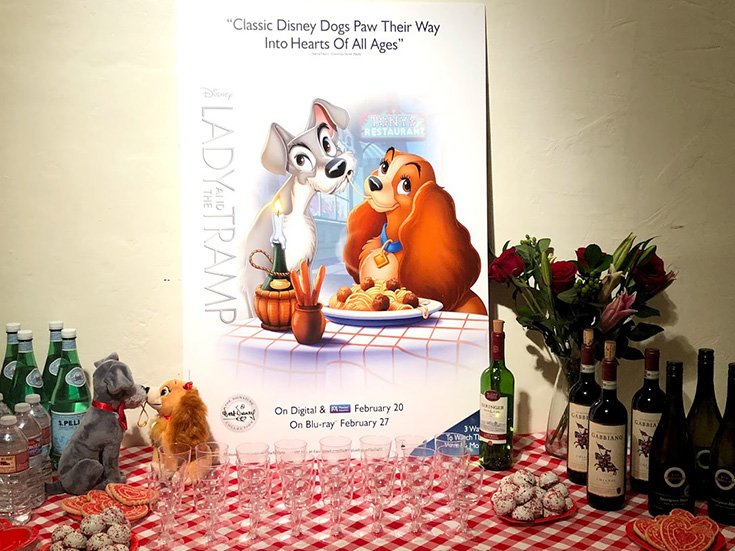 When you go to these paint events you usually bring a friend. I LOVED being able to paint and sip with my blogging  bestie Tricia from The Night Owl Mama! I was able to mark off something on my bucket list on this trip! 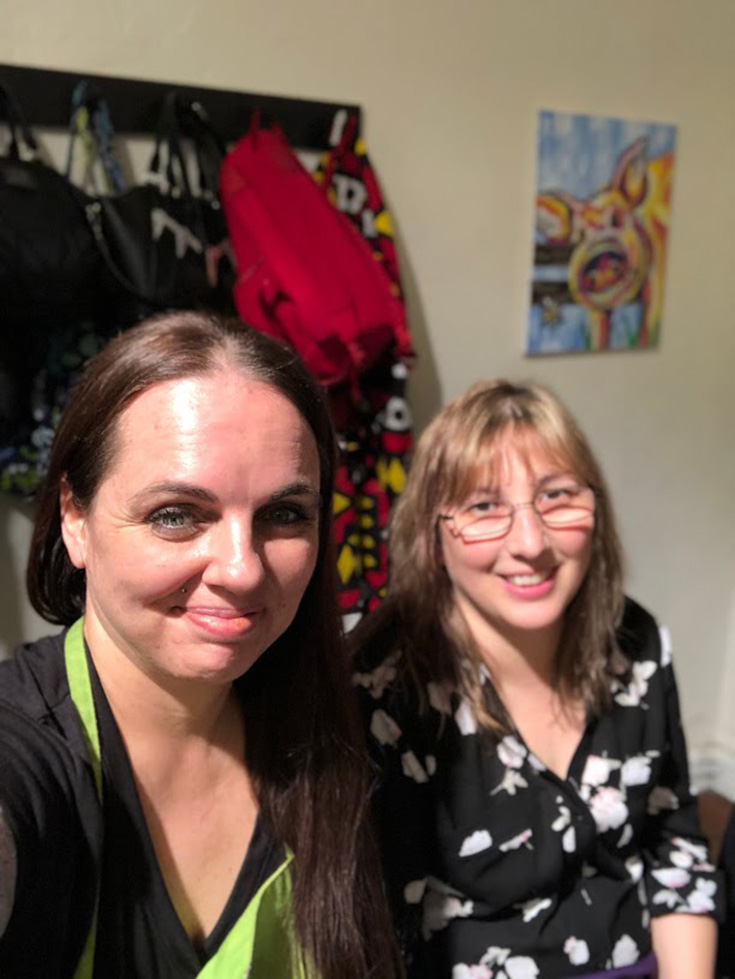 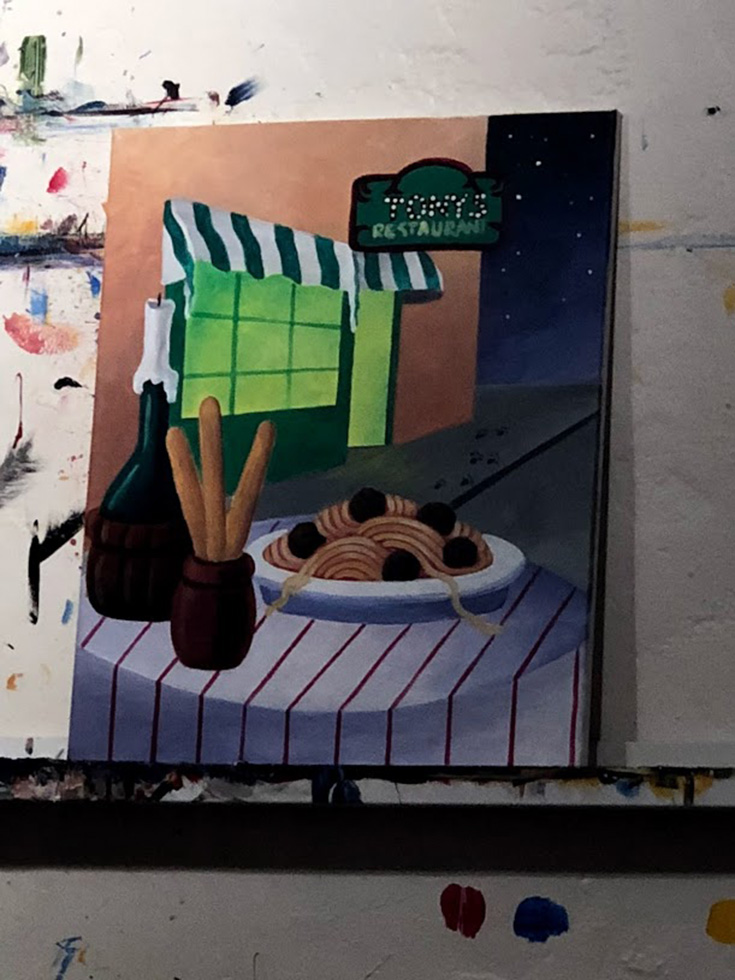 After a couple hours of painting, here is my masterpiece…  🙂 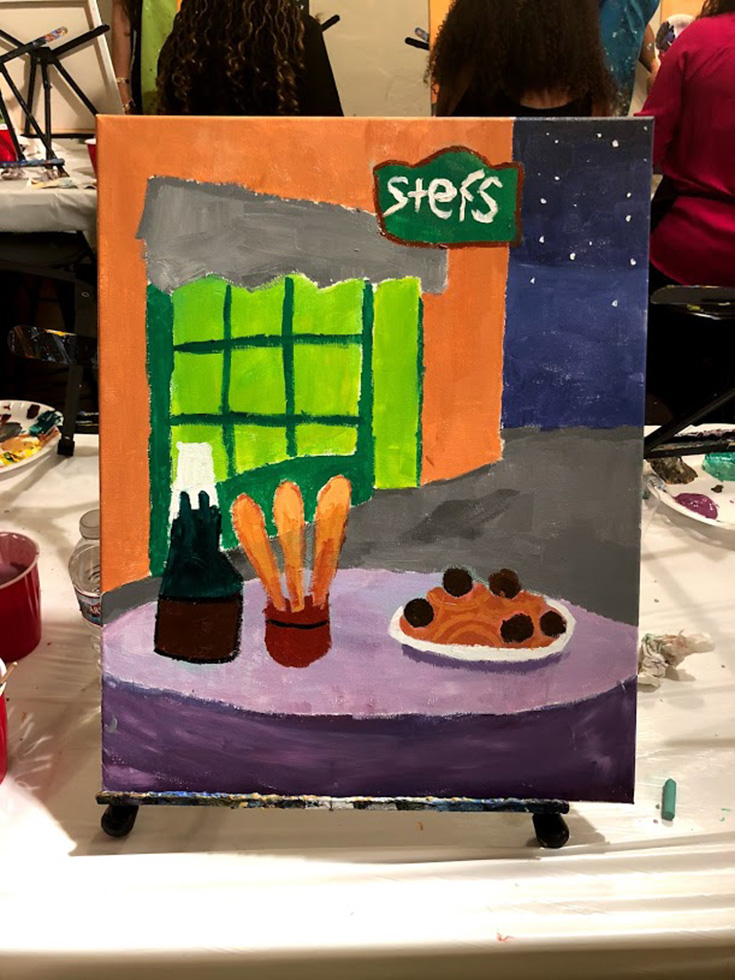 We were actually all having so much fun that we ran out of time before I could finish. I would have put more detail into my painting (like the stripes on my table) that I now have hanging proudly in my office. Here is a picture that was taken with our group before we called it a night!

Lady and the Tramp Bonus Features:

Classic Bonus Features on Digital Only*

*Bonus features may vary by retailer