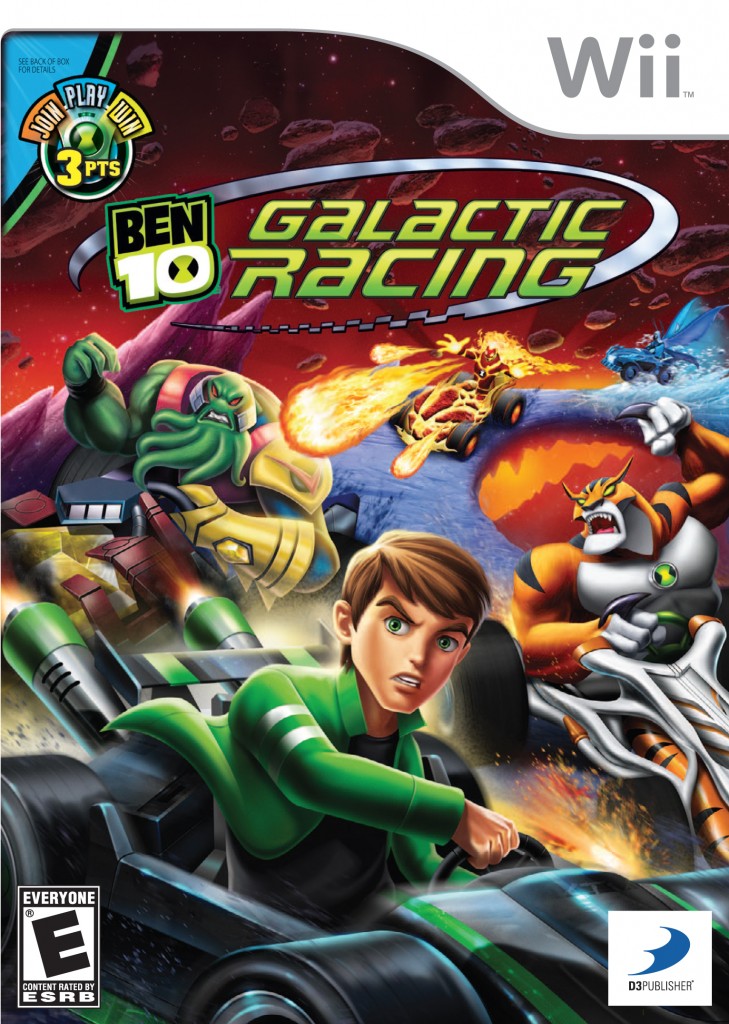 I have been a fan of video games every since I was a kid. Last year I asked Santa to bring me a Nintendo Wii and I got my wishes. So this year I have been having too much fun playing all different kinds of games for the Wii with my kids. The past few weeks I have had the opportunity to play (and review) Ben 10 Galactic Racing for the Wii. This game is also available for the DS, 3DS,  PS3, PSVITA and XBox360.

Ben 10 Galactic Racing is actually based on the popular Ben 10 TV series on the Cartoon Network. In this game you can choose to be either Ben, Kevin or one of the 13 different aliens. Once you choose your character, you will then be up for a race where every characters has a special ability that they can utilize on the racetrack, even Ben who can transform himself into different aliens while racing.

Here are some fun features of the game:

You can currently buy this game at Amazon for only $29.99 and ships for FREE with Super Saver Shipping!

Now For My Ben 10 Galactic Racing For Wii Giveaway

THREE (3) Lucky Mom’s Blog readers is going to receive a copy of Ben 10 Galactic Racing for Wii too!

1) To enter this giveaway, please subscribe to my blog by email. Leave me a comment letting me know you have so. (This entry is MANDATORY)….

This giveaway will end on December 9, 2011 at 3:00 PM PST. The winner will be chosen at random using “And The Winner Is” plugin from all valid entries and submitted. The winner will be notified via email and will have 48 hours to contact me with their mailing information before another winner is chosen. This giveaway is open to U.S. residents only ages 18 years or older.

Disclosure – I received a copy of this game by the manufacturer or representing PR agency in exchange for this post. These opinions expressed are my own opinions and are NOT influenced by monetary compensation.