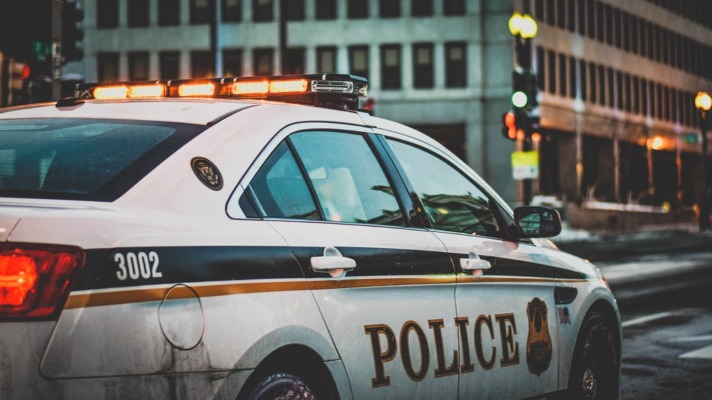 In a year plagued with police brutality incidents that made headlines and sparked international protests, the shooting of Jacob Blake has sparked even more intense conversations regarding excessive force and the potential targeting of black men by police. The shooting of Blake involved seven shots that made impact and were caught on camera. However, due to camera angles and the intensity of the confrontation, many Americans remain confused about exactly what happened. Normally, body cameras would be relied upon to clarify exactly what occurred during the shooting and the confrontation that led up to the shots being fired. But it has recently been revealed that the Kenosha Police involved in the shooting were not wearing body cameras, prompting further questions and making a distressing situation even more bewildering.

The video footage of Blake and the Kenosha Police involved showed Blake walking around to a parked vehicle on the street. Three officers had their weapons pointed at Blake, and one was seen grabbing Blake’s shirt and firing at close range. At this time, it is not completely clear whether or not all seven shots were fired by the same officer, though it is clear that seven bullets did hit Blake. Potentially, body cameras would have revealed exactly what the circumstances of the shooting were, or at least who fired which shots. But because the Kenosha Police lacked body cameras, an objective account of the incident remains elusive.

According to reports made by local media, the reason why the Kenosha Police on the scene lacked body cameras is that none of the officers in the department have been fitted with them. Body cameras are not universally required for police departments across the United States, and in some areas, they remain controversial. In recent years, activists and politicians alike have heightened their demands for law enforcement officers to wear body cameras, particularly in the cases of officers who will be in high contact situations with civilians. There has been some degree of progress in terms of state police and highway patrol vehicles utilizing in-car cameras. In the year 2000, just 11% of all state police and highway patrol vehicles possessed these cameras. Twenty years later, roughly 72% of all state patrol vehicles featured these systems. Although this is an improvement, it remains to be seen whether or not police departments like the one in Kenosha will be outfitted with body cameras. Though in-car camera systems are useful and necessary, and can sometimes provide even better footage than body cameras during vehicular stops, they are stationary and cannot follow the officers out of the car. Furthermore, they can sometimes be obscured by accident in a way that body cameras cannot be. This is why Kenosha County Board Supervisor Zach Rodriguez called for body cameras following the shooting of Jacob Blake, suggesting that the shooting only emphasized how crucial these specific types of cameras are.

One explanation for why the Kenosha Police did not have the necessary body cameras is that they simply lacked the funds necessary. Body cameras are not automatically a part of the department’s budget, and therefore it can be difficult for a new budget that includes body cameras to be approved. However, in 2017, city and law enforcement leaders unanimously endorsed the use of body cameras. Not only were they recognized as a means through which police accountability could be enforced, but it was also suggested that they could be used to collect valuable evidence. The cost of the body cameras was what evidently changed their minds initially, though there were also police concerns cited. Though body cameras were not completely rejected, the implementation of body camera was put off, leading up to the shooting of Jacob Blake.

The issue is that the footage of what occurred regarding the shooting could just as easily show circumstances in the officers’ favor as it would show evidence of wrongdoing (which of course would still be valuable). As of now, the public only has footage that shows part of the incident, rather than the entire incident. Furthermore, this footage was easily widely distributed. Right now, videos are growing to become one of the most popular types of content that users consume. With YouTube having 2 billion visitors every month, there are plenty of opportunities for such videos to be consumed in a limited form, without context. Though there is no guarantee that body camera footage would provide a preferable context, it’s important for this to be made available.

The Future of Body Cameras For The Kenosha Police

In the subsequent protests within Kenosha, as well as those responding to the shooting across the country, have led some residents to hope that there will be increased pressure on the police and city officials to implement body cameras. According to Kenosha Mayor John Antaramian, there are plans to buy body cameras for the Kenosha Police in 2022. As of now, there are already cameras in the officers’ squad cameras, though it is yet to be revealed if any of them captured the shooting of Jacob Blake. Though these plans are promising, Antaramian initially endorsed body cameras in 2017, which leaves some skeptical.

Kenosha has long lacked the number of body cameras for its police force that other police forces of a similar size possess. Body cameras are not only crucial to law enforcement reform, but to rebuilding the trust between the community and the police officers at work. But it remains to be seen if Kenosha will fulfill the promises made by 2022.