I have been a fan of Hot Wheels since I was a little girl. I wasn’t too much of a tom boy but I did love to play with cars! Toy cars were fun but video games that simulate driving a car FAST has always been fun too! I will never be too old to play some race games! 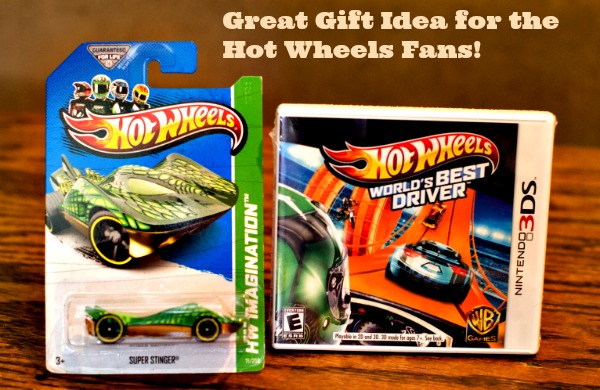 All of my kids have their own Nintendo DS and 3DS game systems as my whole family loves to play games! Let’s just say I was a little excited to get a copy of the Hot Wheels World’s Best Driver for the Nintendo 3DS game system to check out.

Since I enjoy playing video games that involve racing and driving, I think this game is fun. I think it would be more fun if I was able to play it on a large screen. My son who is only 5 wanted to give the game a try. He said he liked it but it was kind of hard.

Here are some features of the game:

Want to play the game? You can buy Hot Wheels World’s Best Driver