Love movies with animals? Adventures Of Dally and Spanky, inspired by the true animal friendship of a Jack Russell Terrier and a rescued miniature horse that has captivated audiences . This sensational duo has generated millions of video views and is now the inspiration for this brand-new feature film that you can now OWN your own copy of! 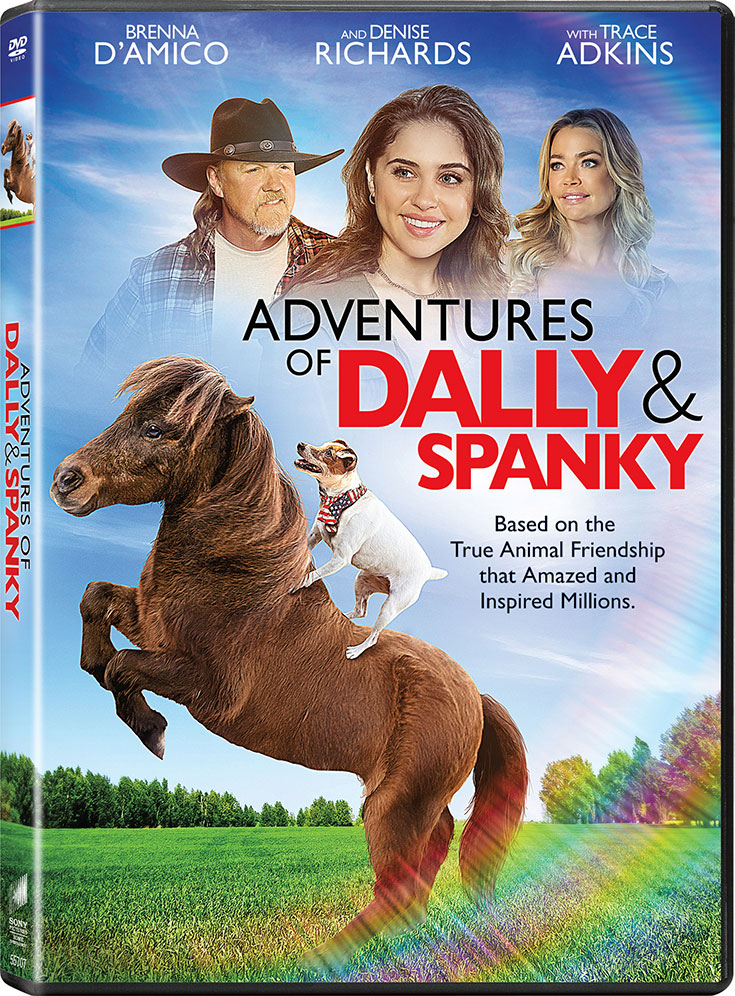 The amazing real-life dog and pony friendship that took the internet by storm is now available on DVD and Digital from Sony Pictures Home Entertainment. Brenna D’Amico (TV’s “Descendants”), whose father is played by country music superstar Trace Adkins, and Reylynn Caster (TV’s “American Housewife”) star as half-sisters who prove that anything is possible when their two animal companions form an unlikely bond that sends their family on an amazing, inspirational journey.

Addy and Ella are teenaged half-sisters with little in common. When 17-year-old Addy loses her father, she retreats from her family and struggles to deal with his loss. Ella, with her dog Dally, reaches out to create a bond with Addy and Spanky, the miniature horse she’s just inherited from her father. Not only do the animals get along, but they quickly become a dynamic duo thanks to Addy and Ella’s training. Their act quickly goes viral and wins their high school talent show, bringing the girls closer! Unfortunately, the family realizes that the cost to keep Spanky is too high and they’ll have to send him away. But Addy gets an idea and submits their routine to a popular TV talent show. Now, it’s all or nothing…and ANYTHING can happen!