When Incredibles 2 was in theaters my kids and I couldn’t wait to watch it. We are fans of the Incredibles and the wait for a sequel was long over due. I remember having a blast at the drive-end theaters with my kids and them asking if we could watch it again. Well now everyone can own their own copy of Incredibles 2 because it is NOW available on DVD, Blu-ray, Ultra 4K, Digital Code and even available to rent or buy on Amazon Prime Video. 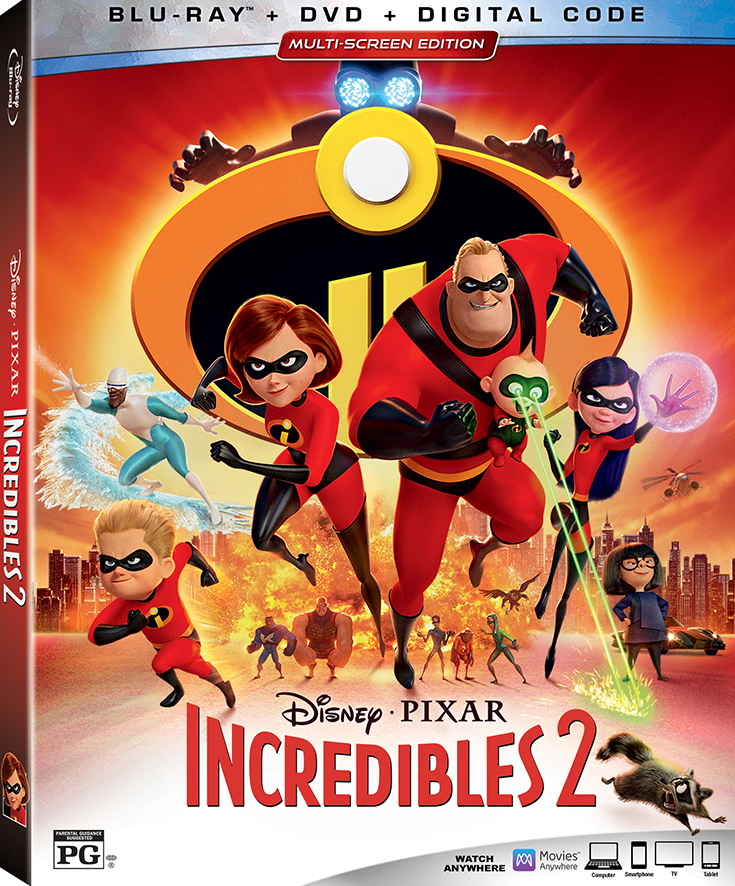 In Disney Pixar’s “Incredibles 2,” the sequel to 2004’s beloved Oscar®-winning “The Incredibles,” Helen (voice of Holly Hunter) is called on to lead a campaign to bring Supers back, while Bob (voice of Craig T. Nelson) navigates the day-to-day heroics of “normal” life at home with Violet (voice of Sarah Vowell), Dash (voice of Huck Milner) and baby Jack-Jack—whose super powers are about to be discovered. Their mission is derailed, however, when a new villain emerges with a brilliant and dangerous plot that threatens everything. But the Parrs don’t shy away from a challenge, especially with Frozone (voice of Samuel L. Jackson) by their side.

Incredibles 2 is packaged and released in several different ways, offering families the flexibility to watch the movie instantly and on a variety of devices of their choosing, including Digital 4K Ultra HD, HD and SD and physically as a 4K Ultra HD Combo Pack (4K Ultra HD, Blu-ray and Digital Copy), a Multi-Screen Edition (Blu-ray, DVD and Digital Copy) and a single DVD.  Additionally, the Digital HD/SD, Blu-ray and DVD versions of the film have been modified in an effort to accommodate photosensitive viewers, however individual sensitivities may vary.

Take a sneak peek at one of the following bonus clip “Fashion Show Deleted Scene” on Youtube:

Want to have some Incredibles fun? Check out these Fun DIY Paper Foldables.