Deep in the heart of the forest awaits a paradise filled with tiny sprites, winged fairies, tree spirits, and all kinds of animals who live together in joyful harmony. But when their home is threatened by humans, one courageous sprite must give her all to save it! Today, Ferngully: The Last Rainforest (30TH ANNIVERSARY EDITION) is NOW available on Blu-Ray + DVD! 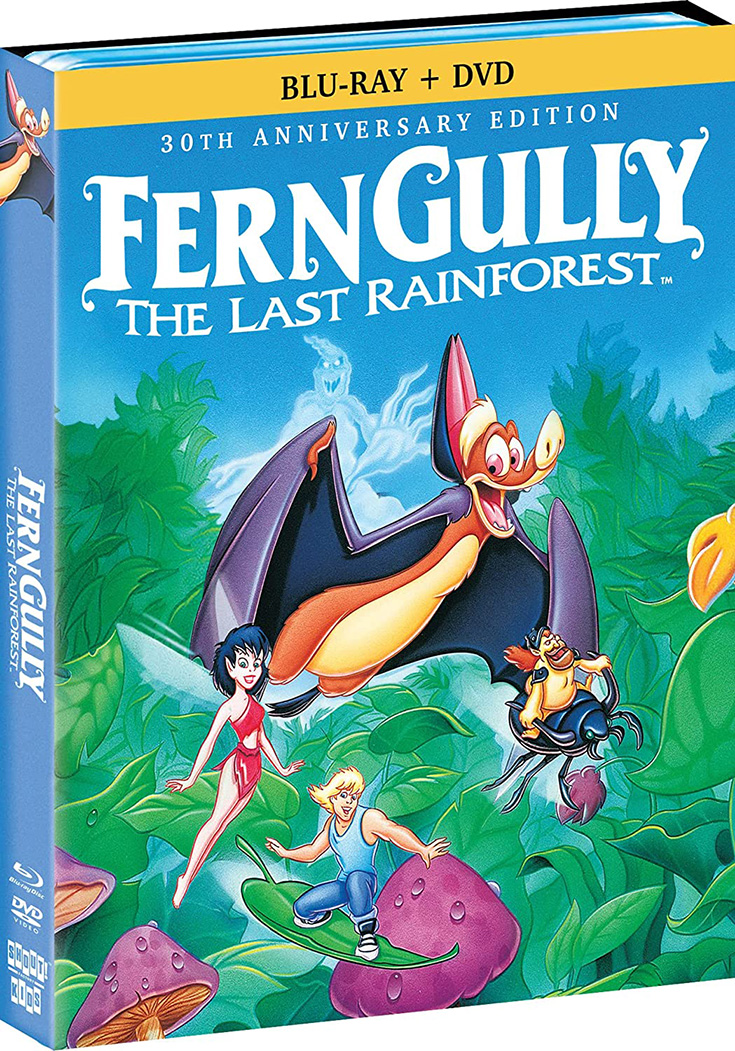 Based on the series of books by Australian author Diana Young, and directed by Bill Kroyer (Honey, I Shrunk The Kids), FernGully was a labor of love. The filmmakers used what was then brand-new special effects technology for penetrating layers of backgrounds, and to generate the beginning stages of drawings which were then completed by hand. 150,000 cels were created for FernGully, a total of 38 miles of artwork if they were laid end-to-end. Although many steps were computer assisted, every shot was primarily painted and animated by hand.

Do you want a copy of this for your movie collection? THREE of my lucky readers are going to WIN a copy! All you have to do is enter below: