I didn’t know when I bought my first MANGA that I wouldn’t be able to stop. My manga comics collection is continually growing. I will admit that it is addicting.  I have always loved comic books but a graphic novel is even better. More to read! 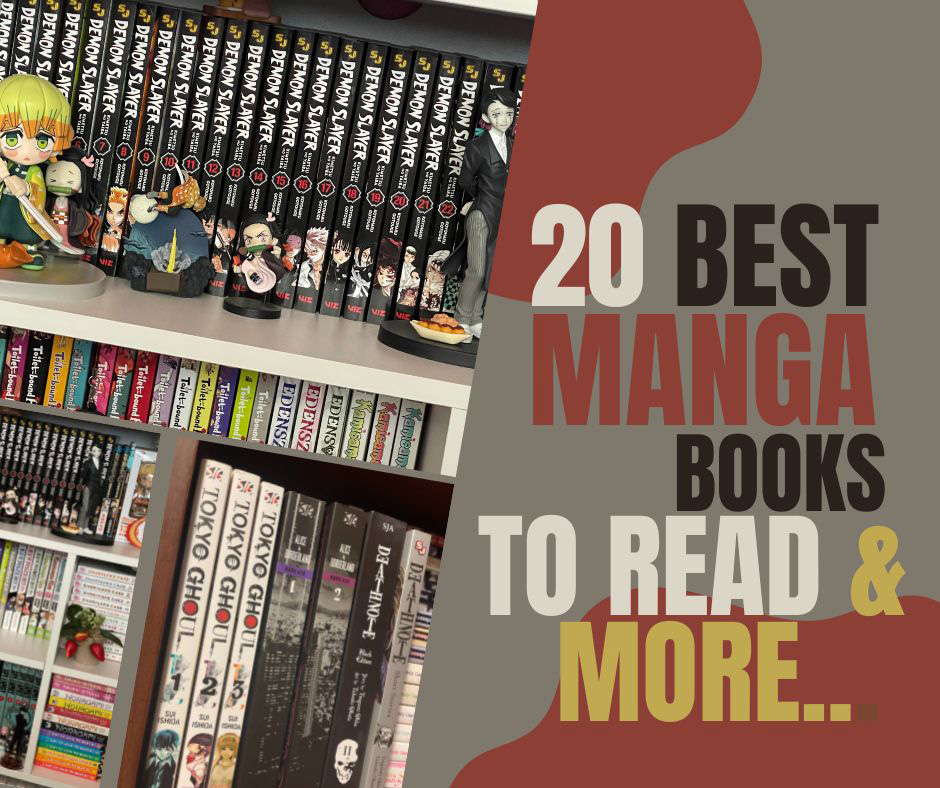 My daughter Hannah got me started and if we put our collections together, we might have enough to start our own little bookstore, lol. She is more into the romance type manga and I like the manga with action and adventure and crazy plot twists! If you would like to start or add to your collection, here are some of the best manga to read and add to your bookshelf:

What I like to do is read a manga, then watch the anime series on Netflix or Hulu because many of the popular manga have an anime adaptation. There are also online sites like Crunchyroll or World Of Manga that have even more anime. In addition to these graphic Japanese comics, there are also light novels like Magical Girl Raising Project too that are fun to read without all the graphics.  The list above is just some of the popular manga series worth reading that you will find at Barnes & Noble or online when searching for books for manga readers.

Just sharing a few more manga series might want to check out:

Here are some popular manga artists worth checking out too:

What is your favorite manga right now? What do you think the best manga of all time is? Be sure to drop a comment below and share your favorites…

« Kids at Home This Summer? It Could Be Cool
Ferngully: The Last Rainforest (30TH ANNIVERSARY EDITION) Now Available On Blu-Ray & DVD + Giveaway »